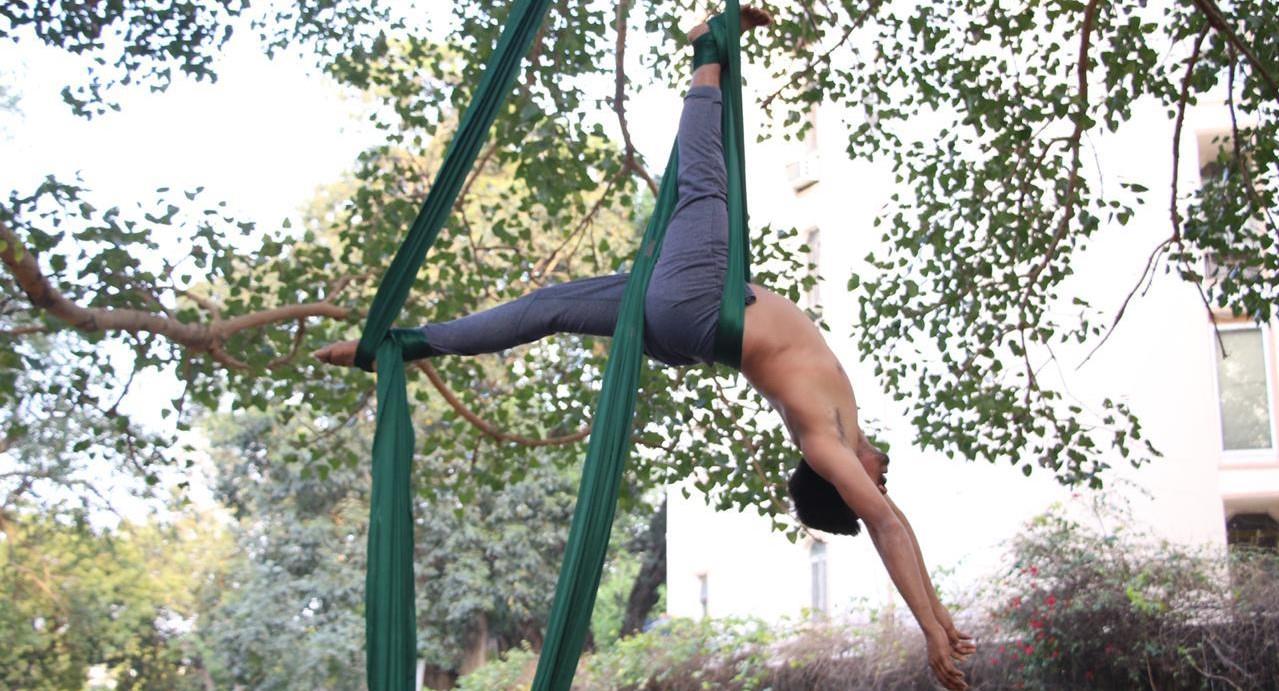 Aerial Yoga: Imagine yourself flying weightless with your feet few feet away from the ground. The sheer feeling of defying the basic law of gravity and bringing graceful postures in mid-air sounds exhilarating. Well, that is Aerial Yoga for you.  Aerial Yoga is a form of modern yoga where a silk hammock suspended from the ceiling is used to support the performer while drawing various forms in the air. The purpose of the hammock is to help improve flexibility and build strength, while allowing a person to do more challenging poses Usage of suspension props in Asana practice can be traced back to B.K.S Iyengar who developed a style of yoga that used props to focus on structural alignment during 1970s. He was well known for ‘yoga kurunta’ or ‘yoga puppetry’.

This form of yoga used ropes attached to the wall to support and suspend inversion poses which later became renowned globally. It was in 1991, when it became famous and people started to get more interested in the form after Christopher Harrison, a dance producer, inspired many around the world to use a hammock as a tool for dance. It combined suspension, dance, acrobatics, Pilates, and yoga. This style of aerial fitness, left the room to adapt other styles that focused more on Pilates and yoga and is thus practiced at many places. Fitness is not just losing weight. It is much more than that. Strengthening the body muscles, with added flexibility and combining it with a peaceful mind gives a holistic balance to a human being. Aerial yoga is an extremely functional form of fitness that helps achieve the ultimate goal of a person – a healthy mind and a body.

Armed with eleven years of experience in dance, Shaan started as a freelance dance artist in 2009 before joining the Shiamak Davar Dance Academy in 2011. A year later he was selected for Zangoora, which is Asia's biggest Bollywood musical show. With this feather in his cap already he graduated from the Shiamak Davar Academy in 2013-2014.Shaan is proficient in styles that cover Contemporary Bollywood, Modern Jazz, Hip-Hop, Malkham and Yoga. 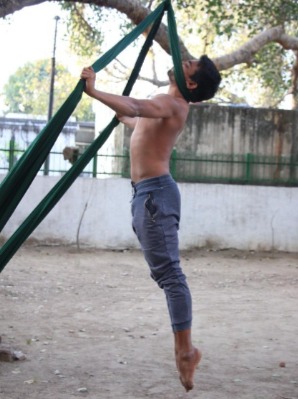 Participating in several dance shows and performing with known celebrities for noted award shows such as IIFA, Zee Cine and Star Parivar Awards have also honed his skills through the years. In the year, his career turned a new leaf as he joined Asmita Theater as a theatre actor. A year later his resume incorporated his association with Dubai Parks and Resort as a performer. It was in Dubai that he completed his Aerial Silk Course and worked at mastering the technique and subsequently was part of several Aerial Silk performances internationally. In 2019, he participated in an Aerial Silk competition and was adjudged the third runner-up there.